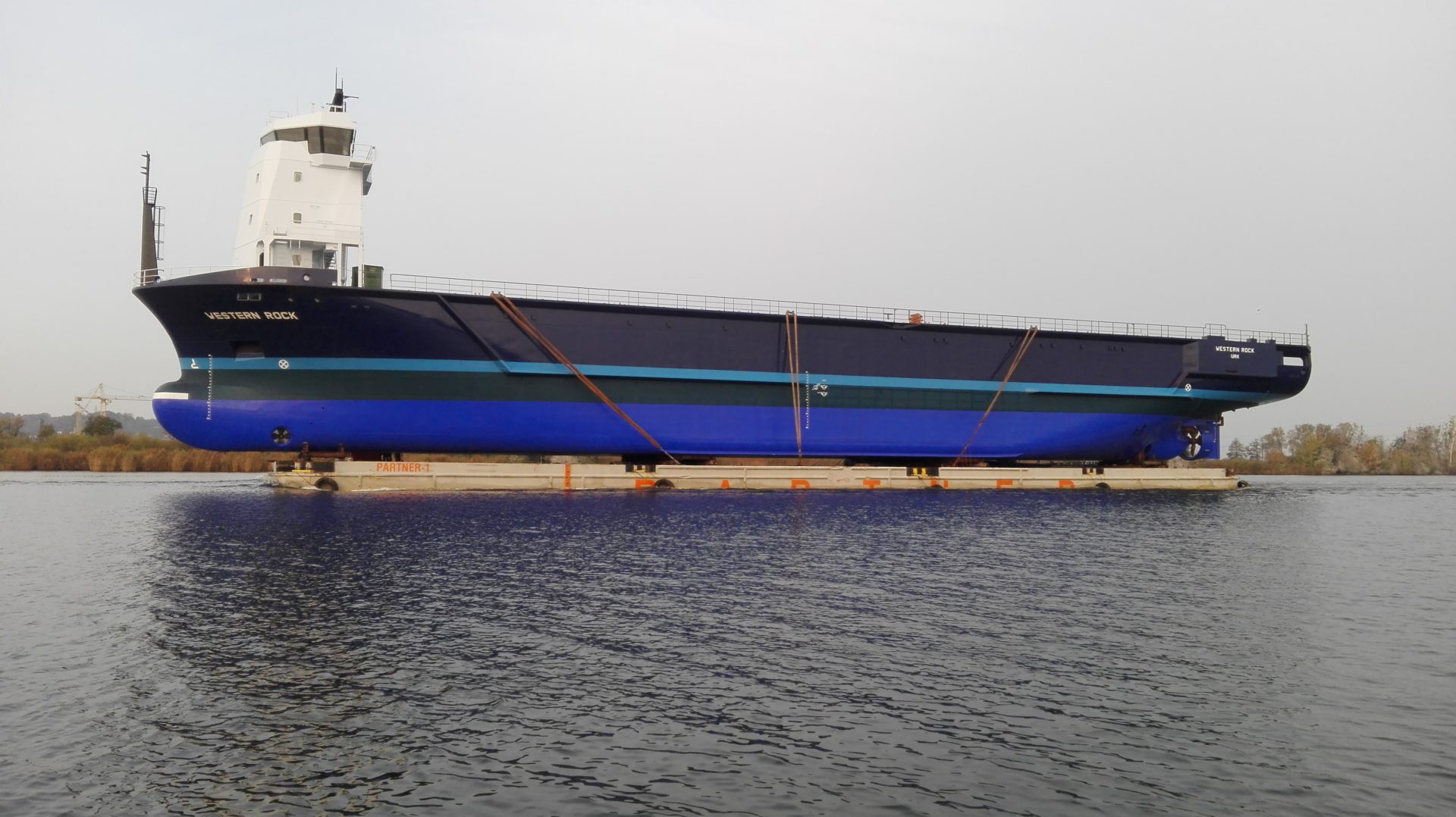 In following of the earlier build hull for a RoRo vessel for Hartman Marine Shipbuilding, the Baltic, Neptune Marine Projects has now build its sister vessel which is named the Western Rock.

Both vessels, NP510 series, are specifically build to be able to transport loads, which can take up to 400 tons. Because it is able to carry this large amount of heavy load and its roll-on/Roll-off capacity, this vessel is ready for the future developments within the Offshore Renewable Industry.

The hull of the Western Rock has arrived in Urk, The Netherlands on the 24th of October at the Hartman Marine Shipbuilding yard where it will be outfitted.

Neptune Marine delivered an Easydredge 2700 to Royal IHC. The Trailing Suction Hopper Dredger was delivered to IHC in July…

Dutch shipyard Neptune Marine completed its contribution to the conversion of an inland vessel. The conversion has taken place at…

How can we help you?